Another week of conferences, but this time round I was one of the speakers at a range of events across the country. The first event was in Coventry speaking about the risks of unintended consequences and contributing to a panel discussion on how to prepare for the UK’s forthcoming exit from the EU. There are occasional hints as to what the future economic and policy landscape might look like, such as the recent remarks by Secretary of State for the Environment, Food and Rural Affairs, but there remains little clarity. Whilst preparation for ‘black swan events’ is clearly a tall order, there are obvious risk areas that can be considered as a first step. Reduced numbers of EU nationals seeking work in the UK’s agri-food sector and the Sterling exchange rate are obvious among them.

On to London as a guest at an event convened by strategy and communications specialists Salterbaxter. Contributors included organisations such as Mastercard, Morgan Stanley, Syngenta and Tetra Pak, with views from outside the world of business from City University, WRI and others. My contribution was as part of a panel discussion on policy with representatives from the World Economic Forum and the Aldersgate Group. We discussed policy formation and implementation, going on to cover what characterises good policy from the perspective of organisations having to live with it. The day included refreshingly disruptive ideas from some new start-ups alongside the more established companies 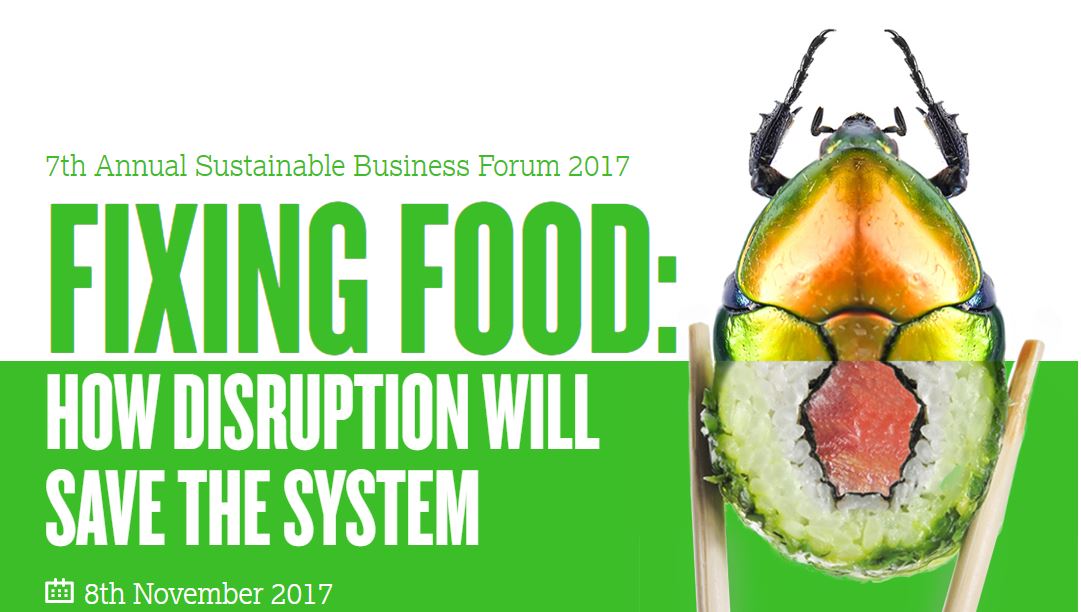 Last stop Cambridge to address delegates on the final day of Agri-Tech Week 2017, a week-long international event for academics, growers and food producers. The full event involved a number of locations, with the final day hosted at NIAB’s site just outside Cambridge. Flatteringly billed as the morning keynote I spoke about waste in the value chain, with an emphasis on definitions, metrics and root causes. Other speakers addressed a range of research topics at institutions on both sides of the Channel and some very interesting practical innovations, all seeking to address issues within the food system. Notable were presentations on insect protein as animal feed and aeroponics, both of which show great promise as contributions towards the resource challenge facing the sector. Thanks to Dr Lydia Smith at NIAB for the invitation to speak.