Not much time was given over to formal work in the last week so, despite the winter wonderland outside, I’ve been catching up on some reading. Two books in particular might be of interest to readers of this blog, Linescapes by Hugh Warwick and Drawdown, edited by Paul Hawken.

Linescapes refers to the linear man-made features of the British countryside such as roads, verges and hedges and it tells the rather sobering story of the significant impact these have on wildlife. I heard the author talking about it some time ago on BBC Radio 4 but have only got down to serious reading over the Christmas break. Some features, such as walls and hedges, provide corridors for wildlife, but others, especially roads, are fragmenting the countryside, preventing animals from moving freely. There are some bits of good news, but generally they are overshadowed by the bad. There are modest grounds for hope, though, with actors from all sections of society engaging with the problem. Dorset County Council is singled out for recognition of its efforts in sympathetic management of roadside verges for the benefit of native wild flowers, which in turn help bees and other pollinators. This also makes for a more attractive view for motorists of course. Much remains to be done and we can all play our part. Hedgerows in particular are a great resource for flora and fauna of all sorts, but they need maintaining for that to stay true. The Woodland Trust has friends in Westminster (see the ‘Trees Company’ post below) and is a supporter of hedgerows (see https://www.woodlandtrust.org.uk/publications/2013/02/hedges-and-hedgerows/). Hopefully, the long-awaited 25-year plan for the environment will address this issue as well as the positive news for tree-lovers promised by the Secretary of State…

Drawdown is a different animal entirely, bringing together a comprehensive list of initiatives to combat climate change. Contributors are subject-matter experts from across the globe and the aim of the initiative is to identify ways that anthropogenic climate change can be halted. The initiatives cover all sorts of areas of the economy, but the agri-food system looms large. Food directly accounts for 1/3rd of the potential 1,000 giga-tonne savings in carbon emissions, but the sector is also a contributor to a number of other considerations such as refrigerant gases, energy and transport. It is not a small challenge, of course, but everyone in the agri-food system can play their part in some way according to their means. The book is also interesting in pointing to ways in which future technology will be utilised. Thanks to long-time acquaintance Adam Woodhall for initially bringing the book to my attention. 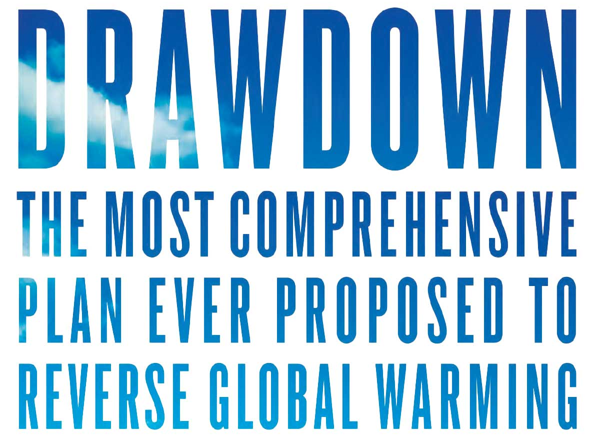 As with the challenges outlined in Linescapes, the task is too big for any one organisation to address in isolation. No individual contribution, though, is too small to make a difference. It is easy to make a small gap in a fence to allow hedgehogs to travel through gardens, and they might well do the gardener a favour by snacking on a few slugs as they go on their way. Don’t feed them bread and milk, though, whatever you do; it makes hedgehogs very ill!
As we emerge from the holiday season, when many tables will have been groaning under the weight of festive fare, we can also all try to reduce food waste, which Drawdown identifies as the number one contributor to climate change within the food system. There are many initiatives out there from leftover-sharing apps such as Olio (see https://olioex.com/) to big corporate projects such as that being run by Sainsbury’s (see https://wastelesssavemore.sainsburys.co.uk/) so we have all sorts of opportunities to get involved.