Last week saw a review meeting of the landscape project which brings together farmers, food manufacturers, retail, academia, NGOs and utilities companies to develop on-farm practices to address sustainability challenges. Soil health and water quality will be at the heart of the project but it will also consider other issues such as biodiversity. With this wide range of stake-holders we are working to find approaches which meet everyone’s needs economically, environmentally and socially. The project will be built around three clusters centred on water courses, with farmer champions (David, James and Graham, shown below) at its core We’re making great progress and it will be launched in a few weeks’ time.

Following the recent release of the UK Government’s 25-year plan for the environment, projects like this can play a significant part in informing the consultation process which will begin later in the year. After the main project meeting we were joined by Julian Sturdy, MP for York Outer (in whose constituency the meeting was held) and a member of the Environment Food and Rural Affairs Committee. Julian (pictured with me below) gave us an overview of government policy and timescales as to how the consultation process and its conclusions could be expected to reach the statute books. 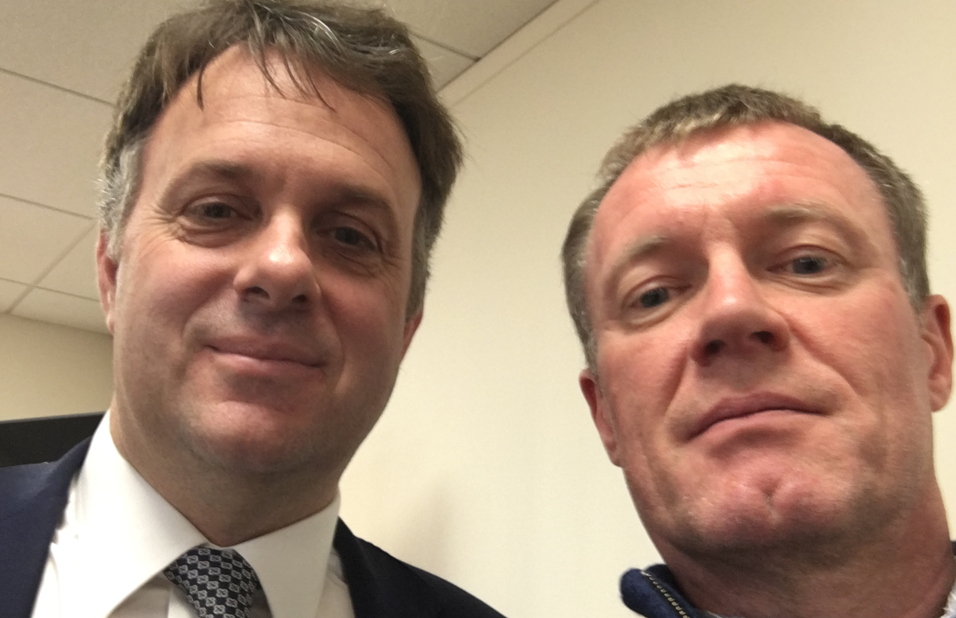 A similar process is underway in Scotland. MSPs presented on part of the plan at an event this week held at Scotland House in London and organised by the Green Alliance, a charity and independent think tank “focused on achieving ambitious leadership for the environment”. This particular event didn’t cover agriculture, focusing rather on transport and more general environmental issues including the issue of plastic waste which I’ve talked about before. The politicians were then joined on a panel (very ably moderated by James O’Brien of LBC) by representatives of WRAP, the Aldersgate Group and the Transport and Environment campaign group. There was discussion around the plans, with time for a few questions from the floor. In the absence of the Cabinet Secretary for Rural Economy and Connectivity (Fergus Ewing), I had a brief chat afterwards with Roseanna Cunningham, Cabinet Secretary for Environment, Climate Change and Land Reform, but we’ll need to wait for more detail on plans north of the border. Encouragingly, though, many of the mitigation options in the Scottish consultation process mirror what we’ll be covering in our project.