A couple of weeks ago I visited the Northern Fine Foods Show in Harrogate to see what small artisanal producers were doing in the way of establishing sustainable characteristics within their products. Perhaps unsurprisingly, ‘local-ness’ and the associated low food miles came out as a strong feature of many of the products. A provocative, entertaining but above all well-researched presentation at the end of the day delivered by Jay Rayner (pictured below with me – again!) did a good job of challenging some of the preconceptions about what a sustainable global food system really means. Jay covered some of the same points I had made at the MakeItYork event a few days previously (see the ‘Farms, Forks and In Between’ post below) and got a positive reception from the audience. It just goes to show what a trusted voice can achieve (such as Sir David Attenborough and ocean plastics – see the ‘Green Shoots?’ post below) even if the message might not be what the audience wants to hear. 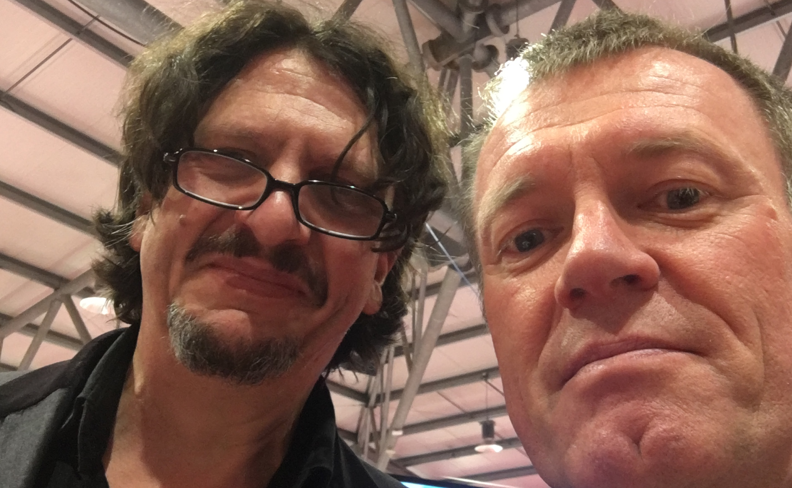 This week, there was more on the same theme when I was a guest at a breakfast meeting at Westminster organised by the Industry and Parliament Trust, an independent, non-lobbying, non-partisan charity that provides a platform for engagement between Parliament and UK business. Under the heading ‘From Farm to Fork: The UK’s Food and Farming Future Post-Brexit’, the meeting brought together parliamentarians of varying political views from both Houses, academics and representatives from farming and food manufacturing to discuss some of the findings of research conducted by Professor Linda Hendry of Lancaster University. I was one of the contributors to the work, carried out last summer and autumn, which looked at some of the considerations of the changed agri-food system which will inevitably result from the UK’s departure from the EU. Local-ness was again one of the topics of discussion, although part of my contribution to the meeting was to point out that ‘sustainable and resilient’ and ‘local’ are not automatically the same thing. The discussion was chaired by Kerry McCarthy MP, who sits on the Environment, Food and Rural Affairs Committee, and avoided partisan points with a genuine focus on the findings of the research. It was held under the Chatham House Rule, so I can’t identify any other contributions directly, but I did have an interesting chat afterwards with Baroness Byford, a former Opposition Parliamentary Spokesperson for Food, Farming and Rural Affairs, about the value of hedging and ditching.

Recent pronouncements by the Secretary of State continue to keep the sector in the spotlight and it will be interesting to see how statements such as ‘food at the heart of government’ are reflected in future policy. The use of post-CAP payments to support environmental goods was again in the news this week along with the House of Lords EU, Energy and Environment sub-committee continuing its inquiry into food prices and availability post Brexit. As the negotiations between the UK and EU proceed, there is still a long way to go before the future direction of food and farming becomes clear.

Farms, Forks And In-Between
Blown Away